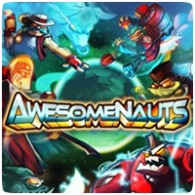 Ronimo Games has announced that Awesomenauts: Assemble will be a PS4 launch title, releasing in North America on November 15th. The game will be available on the PlayStation Store for just $9.99. The game was first launched on the PS3 last year, and has since received new updates including new characters, game modes and refinements.