A sequel to the popular franchise SOCOM has just been announced by Sony. Developed from the ground up for the PlayStation 3 by Zipper Interactive, the original developers of the SOCOM series, players will be treated to a single player campaign and a multiplayer mode for up to 32 gamers.

In South East Asia, a revolutionary army has seized control of a country bordering one of the world’s most vital waterways; threatening to disrupt he global economy.

Your mission is to step into the well-worn boots of the Ops Com, a NATO Operations Commander of an elite, five-man squad. You must venture deep into inhospitable jungles, city streets and crumbling urban ruins to engage an army of rebel fighters and discover their plans. Although you’re vastly outnumbered, you’re armed with the latest weaponry and your men are second to none – but do you possess the stealth, speed and tactical thinking to lead them to victory? Time is not on your side: you have just six days to complete your mission. To emerge victorious, you must lead from the front, maintain control of the situation and fight with sheer intensity.

The game is currently in its early stages of development, hence no release date has been set. Judging by the screenshots below, “the game is looking great” indeed. 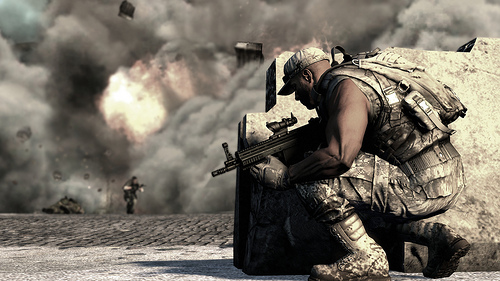 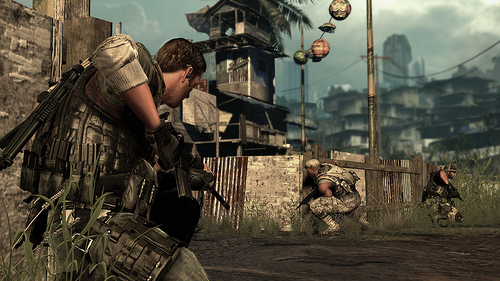 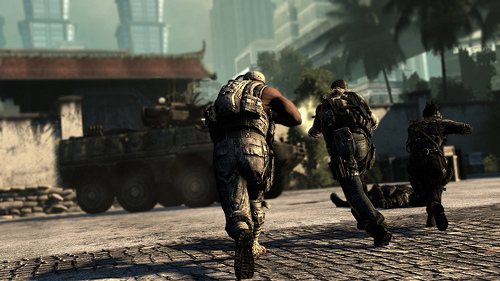