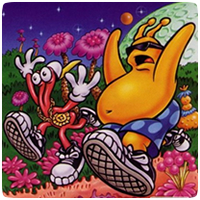 The duo will be available to download from November 7th 2012, and will include trophy support and online co-op. The games were originally released on the MegaDrive back in 1991 and 1994, respectively. The original games had local co-op mode, so it’s expected the reboots will include it too.